Poor oral hygiene could be associated with a 75% increase in the risk of hepatocellular carcinoma, the most common form of liver cancer, according to a new European study.

The reasons behind this association, however, remain unclear and we must not conclude to a link of cause and effect between the bacteria in the mouth and the disease, warn the authors of the study.

The study at Queen’s University in Belfast covered some 469,000 British subjects. The researchers wanted to explore the link between oral health reported by participants (gums that bleed, mouth sores and moving teeth) and various gastrointestinal cancers, including those of the liver, colon, rectum and pancreas.

Only a link with hepatobiliary duct cancer has been detected.

“To see two things at the same time is an association, but it does not make it a causal relationship,” said Dr. Benoit Lalonde, who teaches at the faculty of dentistry at the Université de Montréal.

Participants with poor oral hygiene were more likely to be young women living in disadvantaged neighborhoods. They also consumed less than two servings of fruits and vegetables a day.

A hypothesis raised by Irish researchers involves bacteria in the mouth and intestines in the development of the disease. They also point out that participants who have lost several teeth may have changed their diet, which may have an impact on their cancer risk.

“The debate is there: does the flora that infects the gum have a direct link with heart disease, with low weight babies … it’s really complicated,” said Dr. Lalonde.

The findings of this study were published by the medical journal United European Gastroenterology. 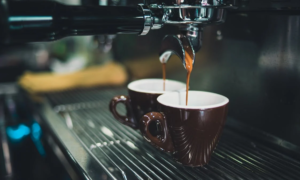 Study Finds 37% of Americans Drink More Coffee Since The Pandemic 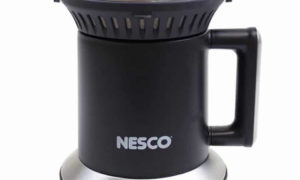 Scientists are using coffee to test for COVID-19

A Cup of Coffee Before Exercise Could Help Burn Fat Faster