On August 11, private aerospace manufacturer Rocket Lab announced a contract with Varda Space Industries for the construction and launch of three of its Photon spacecraft. The three Photons are set to launch from 2023 through 2024, with the option of a fourth Photon mission.

Varda is planning to use the Photons as platforms for their “space factories,” which the startup says will produce products in the microgravity of low orbit. Each factory will weigh roughly 120 kilograms and use a Photon spacecraft for propulsion, altitude control, and communications.

Chief executive of Rocket Lab Peter Beck released a statement on the new deal: “Photon enables our customers to unlock the full potential of space. It removes a massive barrier to the growing small satellite market by delivering our customers a versatile and configurable spacecraft platform that they don’t need to build themselves. Our customers get to orbit faster and can focus purely on their mission while there, rather than worrying about developing and operating a spacecraft.”

Varda has kept its lips sealed on the exact details of its space manufacturing plans, however, we do know the company will begin with producing fiber optic cables, pharmaceuticals, and semiconductors.

To date, Varda has raised $53 million from investors, most recently raising $42 million in late July. The young company wants to be the “worldwide leader in commercial microgravity manufacturing.”

In a statement, Will Bruey, chief executive of Varda had this to say: “Photon is a great fit for our mission and their team has displayed significant engineering rigor. Working with them will allow us to deliver on our aggressive schedule and tight budget.”

Rocket Lab previously announced a contract in June with the Space Science Laboratory of UC Berkeley for its Photon spacecraft to be used in the Escape and Plasma Acceleration and Dynamics Explorers mission to Mars. 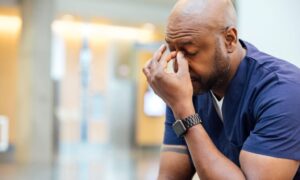